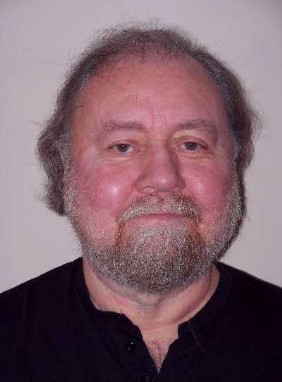 I have been active in many musical fields, starting out as a professional jazz musician at the age of 19, playing double bass and trombone in restaurants, theatres, and studios.  At the age of 22 I joined the Oslo Philharmonic, where I later became an alternating principal double bassist. However, in 1974 I had enough of symphony and went back to the theatre, the playing in which I found more enjoyable and inspiring. Nevertheless, I continued to teach classical double bass throughout most of my musical career: at the Oslo Conservatory of Music from 1967 to 1973; the Norwegian Academy of Music from 1973 (since -93 with the title of professor), and from 1986 additionally as a guest docent at the Royal Conservatory of The Hague, in The Netherlands. I retired from the two latter ones in 2009.

Along the way, I have been composing and arranging for theatre and radio, conducting several musicals, including "Piaf" and "Cats", and have performed as double-bass soloist in many countries, including the Nordic countries, U.K., France, U.S.A., Japan, and Germany, making records in the latter two. I also had a period where I performed extensively with the recorder flute: playing several hundred concerts for children; making radio and TV performances for the Norwegian Broadcasting Corp., and even appeared as soloist with the Oslo Philharmonic.

In 1986, I accidentally found a book that "changed my life": "The Physics of the Violin" by Lothar Cremer. (The book was misplaced on a shelf for music literature.) Inspired by this text, I then started reading physics and acoustics. In 1988 I designed a computer program for numerical simulations of the bowed string, and started to do analyses of bowed-string attacks, trying to find conditions for "the good tone". My first scientific paper on this topic was published in the "Catgut Acoustical Society Journal" in 1992, where I later became a member of the board. The same year two more publications of mine appeared: the book "A Guide to Advanced Modern Double Bass Technique" (Yorke Edition, London) and a paper "Electromyography and Muscle Activities in Double Bass Playing" (Music Perception, University of California Press), where some of the measurements were done with homemade, self-designed EMG equipment.

In 1998, based on my scientific merits, I was accepted for a doctorate in acoustics at the Royal Institute of Technology (KTH), Stockholm, in spite of no previous formal university education. The degree of Dr. Techn., was received in 2002. From then on I have mostly been focusing on music acoustics, with little interest in my own musical career.

This amateur recording of my most successful composition, "Variations on the Tune Greensleeves", is one of very few video recordings where I appear as soloist. The recording was done from the audience in Kusatsu, Japan 1981.

The piece was composed in 1977 as music for a short performance on TV: A beautiful classical ballerina is daydreaming while practising her steps. She  recalls different aspects of her life before she in the final variation completely loses control and "melts" into the music/my double bass...